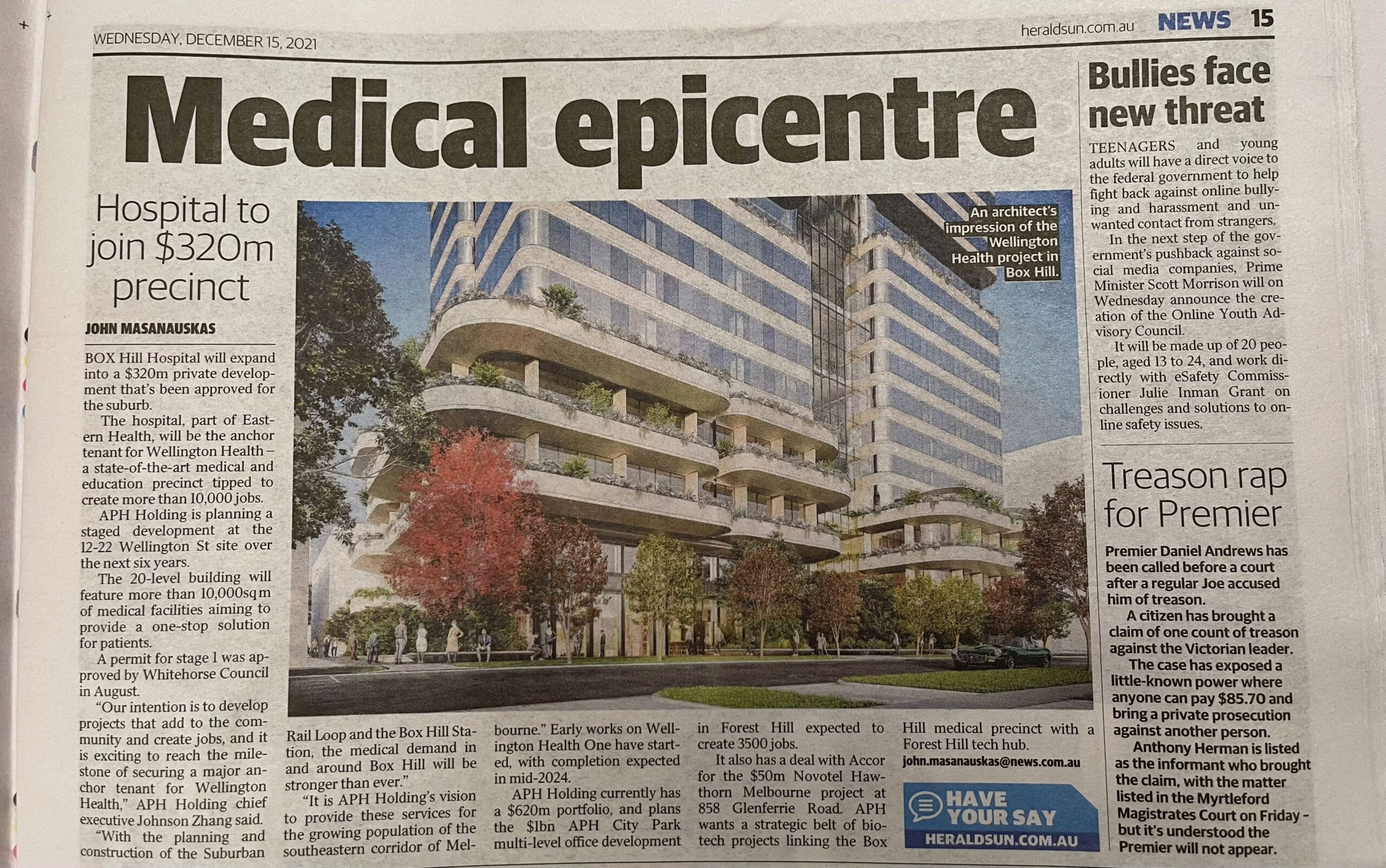 APH Holding has secured a major government anchor tenant for Stage One of its $320 million Wellington Health masterplan (known as Wellington Health One) to be built in Melbourne’s Eastern Suburbs, located at 12-22 Wellington Road, Box Hill.

The APH Holding team are especially excited by Eastern Health coming on board as the major anchor tenant of Wellington Health One before officially launching the Expressions of Interest (EOI) Campaign for leasing, showing high demand for the project. APH Holding is also in final negotiations with a few private healthcare and day surgery operators showing the strong demand for medical facilities and the growth of this sector in the area. Market has responded with strong interest in particular to our high quality amenities which includes a sky lounge and club which will be exclusively made available to the Wellington Health medical professionals.

Wellington Health One received a permit in early August 2021 with unanimous votes from the City of Whitehorse Council reflecting the added value the project is bringing to the Box Hill medical and education precinct.

With the planning and construction of the Suburban Rail Loop and the Box Hill station, the medical demand in and around Box Hill will be stronger than ever. It is APH Holding’s vision to provide these services for the growing population of the South-Eastern Corridor of Melbourne.

We’re excited to officially sign our trusted partner Accor as the hotel operator for Novotel Melbourne Hawthorn, a $50 million asset at 858 Glenferrie Road that will consist of a 7-level hotel with 87 rooms.

As reported in the Herald Sun, APH Holding has received approval for two developments on Whitehorse Road, Box Hill.

APH Holding is committed to the environment, so ahead of Earth Day on April 22, our staff and their families worked together to plant more than 120 trees.

APH Holding has been appointed as the property and asset management company for 16 Lakeside Drive Burwood East.